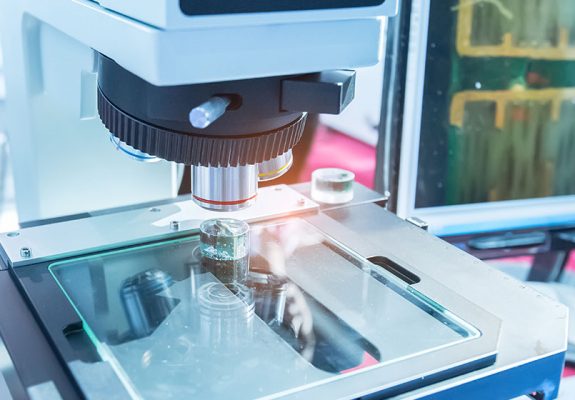 A linear polarizer can also be used to modulate the intensity of a light source. By placing two polarizers over top of each other and rotating one against the other, one can control the brightness. Aircraft cabin windows and telescope filters are ideal applications.

American Polarizers also manufactures a multi-axis linear polarizer for animation (Polarmotion) and sunglass demonstration applications. We have the ability to print a polarizer by selectively placing more than one axis on a sheet. By combining the multi-axis polarizer with a spinning linear polarizer, motion is simulated. We also create cards that do not show any picture until polarized sunglasses are worn.

How does a linear polarizer work?

A linear polariser transmits light uniformly vibrating in a single plane while absorbing the orthaganol plane. We usually describe a single plane or beam of polarized light in terms of what we call the pattern of vibration. If the vibrations are in one direction, the light is linearly polarized (See Figure 1).

There are two axes: transmitting and absorbing. The transmitting axis is normally referred to as the “polarizing axis.” Light passing through a single polarizer loses at least 50% transmission, depending upon the grade of polarizer used (transmission specifications) and the polarization requirements.

Crossing the two linear polariser axes at 90 degrees to one another can produce near absolute blockage of light or cancellation (See Figure 2). This is called extinction. The ratio of the transmission of two polarizers with axes parallel to axes crossed is known as the efficiency of the polarizer. Note that raising transmission does not always result in higher efficiency due to resultant increases in extinction transmission.

There are numerous ways of developing linearly polarized light. There are three widely known mechanisms:

A brief description of these methods is listed below.

There are natural crystals, such as calcite and quartz, that divide a single beam of unpolarized light into two separate polarized beams of equal intensity. By splitting the two polarized beams, it is possible to make a very efficient linear polarizer.

If a single beam of unpolarized light strikes a flat, smooth, non-metallic surface at an angle, the reflected beam (S) will be partially or completely linearly polarized. The degree of polarization depends upon angle of incidence and the refraction index of the reflecting surface. The angle at which the degree of polarization is 100% is defined as the polarizing or Brewster’s angle.