Home How it Works: Quarter Wave & Half Wave Plate 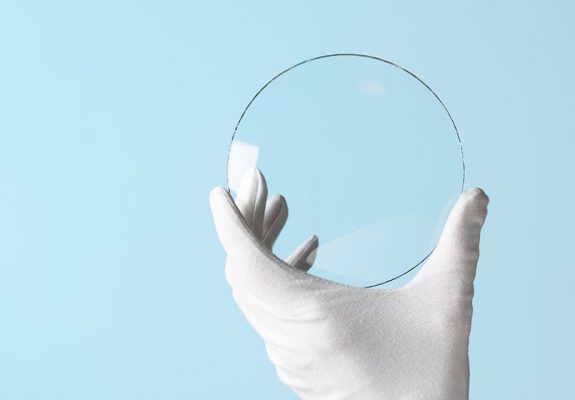 How it Works: Quarter Wave & Half Wave Plate

API can laminate the above-listed quarter wave and half wave films to acrylic and glass for added durability and improved optical performance.

How does a quarter wave retarder work?

Wave retarders are birefringent materials that alter (retard) the polarization state or phase of light traveling through them.  A wave retarder has a fast (extraordinary) and slow (ordinary) axis.

Polarized light passing through a quarter wave retarder thus becomes circularly polarized (see Figure 1).  The action of the quarter wave is sometimes referred to as twisting or rotating the polarized light.  Note that depending on which polarization component is retarded, one will have either a left-handed or right-handed circular polarizer. 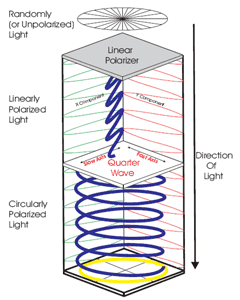